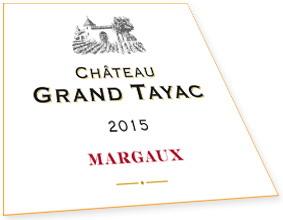 The wines of Margaux have been renowed since Gallo-Roman times. Their excellence stems from the quality of the soils, the mild micro-climate brought by the Gironde estuary nearby as well as an excellent natural drainage.

The vineyard of Château Grand-Tayac that we took over in 2005 is made up almost entirely of old vines planted in 1962 and stretches over a gravelly slope in Tayac. The cellar, an old nineteenth century post-house, can be found in the hamlet known as « Le Grand Soussans ».

The careful mastery of the yields allows the grapes to reach optimum ripeness before hand picking. 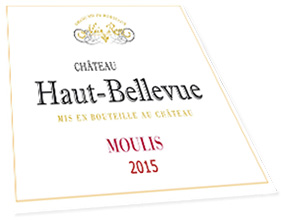 Château Haut-Bellevue has been available in its AOC Moulis version since 2006.

The AOC Moulis-en-Médoc is located on a thin strip, of land that is just 8 kilometres long, with 610 hectares of vineyards.

The name Moulis stems from the French word Moulin referring to the many windmills that were to be found in the village.

In 2006 we acquired two hectares of vines in the hamlet of « Grand-Poujeaux ». We have always appreciated the wines of this appelation and have endeavoured to bring out the expression of its magnificient terroir in our Château Haut-Bellevue AOC Moulis. Its tasty, velvety tannins allow it to age beautifully in the bottle.

Moulis, an appelation worth discovering.

Alcohol abuse is dangerous for health. To consume with moderation